This project included the re-purposing of an existing high school into what would become CMS’s first medical magnet program designed for a student capacity of 600 – 800. The existing buildings were originally constructed between the 1940’s to 1960’s, with a major addition as late as the year 2000. The design phase included a series of Owner interviews with CTE staff to provide programmatic spaces for Health Science classrooms. This was Charlotte-Mecklenburg Schools’ first magnet program of this type. Some of the major obstacles the Design Team faced were overcoming multiple existing floor/grade elevations. A transitional exterior courtyard was designed to masterfully make the changes of elevations meet all code and accessibility challenges. Many of the existing interior corridor ramps did not meet code. All ramps were completely removed and new code compliant ramps were installed.

The existing 3-story Classroom wing was completely gutted and retrofitted to include Science Labs, Classrooms, Computer Labs, and some of the administrative offices. Other work included extensive renovations throughout the buildings, consisting of mechanical and plumbing system replacement, installation of sprinkler systems, reconfiguration of existing spaces, and window replacement. A relatively new concept for an “open” media center, now known as a Learning Commons Center, has given new life to an under-utilized gathering space. The Kitchen was also renovated, along with the Cafeteria with new serving lines. A Cyber Café was added as an enhancement to the Cafeteria for use by students. 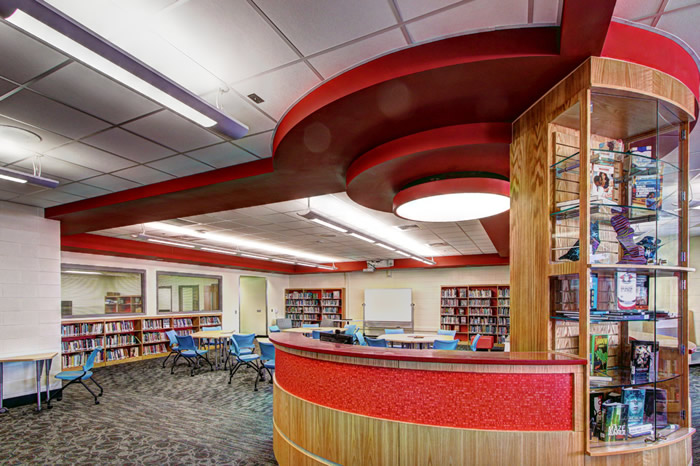 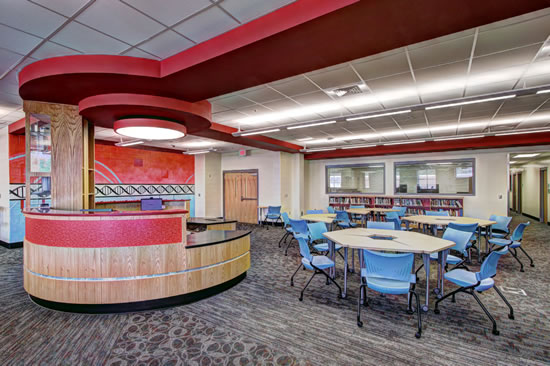